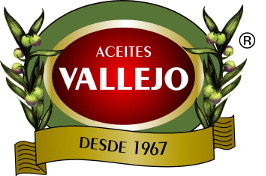 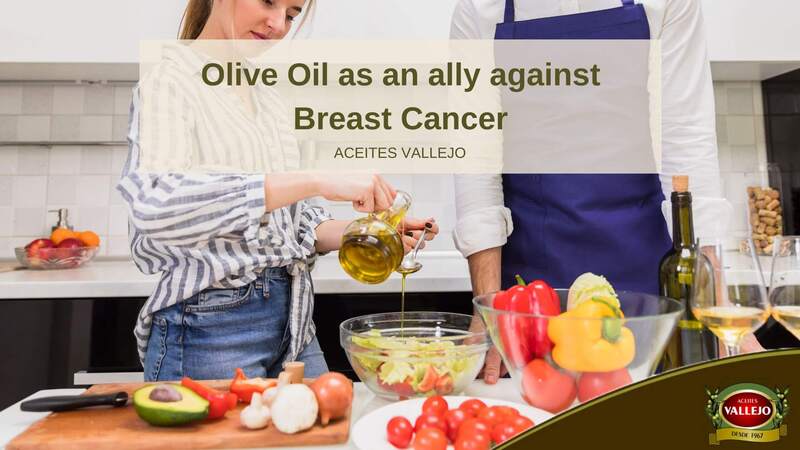 Nowadays, we cannot deny the protective role that extra virgin olive oil plays against some types of cancer, especially against breast cancer.

But why are olive oil and breast cancer so related? Extra virgin olive oil, always in the context of a healthy and balanced diet (such as the Mediterranean Diet, for example), provides us with Omega 3, antioxidants and vitamins.

Currently, and according to the latest data collected by the Spanish Society of Medical Oncology (SEOM), in 2022 a total of 34,750 new cases of breast cancer were diagnosed in Spain. This is the most common type of cancer in Spanish women, ahead of lung, colorectal, uterine and ovarian cancer.

About 30% of diagnosed cases of cancer in women originate in the breast. In fact, it is the most diagnosed type of cancer in the world, surpassing lung cancer and colorectal cancer.

The incidence indicates that one in 8 women suffers from breast cancer. This type of tumor usually appears between 35 and 80 years, although it is between 45-65, coinciding with hormonal changes, the age range with the highest incidence.

In 2020, according to data provided by the European Cancer Information System, breast cancer was responsible for 6.9% of all cancer deaths. In Spain, a total of 6,572 died that year from breast cancer. However, breast cancer survival in 2020 was 86%.

Compounds that help reduce the probability of developing breast cancer

Extra virgin olive oil is a vegetable fat rich in oleic acid, a fatty acid belonging to the family of monounsaturated fatty acids. In addition, extra virgin olive oil is rich in numerous bioactive compounds, such as vitamin E, beta-carotene and polyphenols, which provide antioxidant properties that act against premature aging and are involved in cell development, a determining factor in the formation of cancer.

Most scientific researches revolve around the study of polyphenols, which are key in slowing down the development of cancer cells in breast cancer. One of them is pinoresinol, a polyphenol found in olive oil. Hydroxytyrosol, another powerful polyphenol that has antitumor properties.

In medical terms, olive oil and its compounds, especially Omega-9 oleic acid and polyphenols, decrease the expression of the Her-2/neu gene, which promotes the appearance of the tumor. As the compounds in olive oil reduce this gene, we can say that extra virgin olive oil protects against the appearance of breast cancer, an affirmation that is supported by numerous scientific studies around the world.

Multidisciplinary Group for the Study of Breast Cancer, Barcelona

Eduard Escrich*, director of the Multidisciplinary Group for the Study of Breast Cancer, already confirmed in 2015 in Barcelona that olive oil is one of the tools to reduce the risk of breast cancer, as long as it is in the context of a balanced diet.

According to Escrich, all fats have an important influence on cancer, although not all of them have the same effect on people with this disease. Those who consume extra virgin olive oil as their main fat find that their tumors have a lower degree of malignancy. The consumption of olive oil improves the diagnosis, since it helps to make the tumors smaller and less aggressive.

Pere Gascón, head of the Medical Oncology Service at the Hospital Clínico Universitario de Barcelona, ​​stresses the importance of early prevention as a fundamental instrument for controlling the disease. According to the renowned oncologist, the behavior of this disease can be changed with diet and exercise.

Gascón affirms that 'with adequate prevention, consumption of extra virgin olive oil as part of a Mediterranean diet and frequent sports activities, we would cure 80% of cancers within 50 years.'

A clinical study carried out by the Houston Methodist Hospital, USA, confirms the therapeutic potential of extra virgin olive oil to reduce the density of breast tissue and, therefore, reduce the risk of breast cancer.

Tejal Patel, an oncologist at the Methodist Hospital Cancer Center, validates this American study since, in words by the doctor, 'a 1% reduction in breast density has the potential to translate into almost a 2% reduction in the risk of developing this type of cancer”, referring to breast cancer.

The PREDIMED Study began in 2003, lasted ten years and obtained the participation of 7,447 participants from different Spanish autonomous communities. Although it was carried out to verify the cardiovascular benefits of the Mediterranean diet, this study also revealed the important role that EVOO plays in the prevention of breast cancer.

The results they presented show that the women who participated in the study and who consumed about four tablespoons of extra virgin olive oil daily, reduced their risk of developing breast cancer by up to two thirds.

In Spain, Italy and Greece, countries of the Mediterranean basin and in which extra virgin olive oil is the first fat, the potential role of olive oil in the fight against breast cancer has been studied over the years :

- In Italy, a study from 1987 studied until 1992 10,000 Italian women and their involvement in a diet rich in vegetables and extra virgin olive oil. Women who ate this type of diet significantly reduced their risk of breast cancer.